Four Seasons Hotel, Limassol receives TripAdvisor Travellers’ Choice “Best of the Best” award for 2021. The highest international recognition, reaffirming once again the high level of service and hospitality it provides.
TripAdvisor, the leading travel platform worldwide, places the Four Seasons Hotel among the top 1% hotels in the world and ranks it in the highly honourable 21st place of the Best Luxury Hotels in Europe.
Mr. Nikos Aristou, the Executive Director of Four Seasons, characterised this important distinction as a great honour for the management and staff of the hotel. He highlighted that the award confirms that Four Seasons still offers the highest standards of quality and service to its customers even during the most challenging year for the tourism industry and especially for the hotels. This award, said Mr. Aristou, is a record achievement, following their previous distinction in 2019, ranking 25th in Europe.

Congratulating the winners, TripAdvisor’s CEO Kanika Soni, stated that she was impressed by the fact that during a particularly difficult year, some tourism companies have been able to meet the challenges by implementing new clean-up measures, adopting social distancing guidelines, and using technology to ensure the safety of visitors. According to Ms. Soni, the Travellers’ Choice Awards reflect a whole year of traveller reviews for exemplary service combined with unique experiences at the places they visited amid the pandemic.
It is worth noting that the “Best of the Best” Travellers’ Choice award is the highest award given by TripAdvisor since 2002. It is a unique award for the tourism industry, based on millions of reviews and opinions of travellers worldwide who choose the “best of the best” for their service, quality and personal satisfaction. 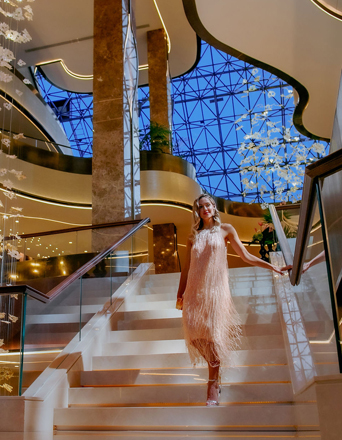