Awards are always a source of pride. But among the many that the Four Seasons Hotel has accumulated over the years, there is one that has a different shine: The Investors in People Platinum Award. It’s an accreditation that speaks volumes, in a language that takes many years to master. In 2008 the hotel embarked on the journey to IIP accreditation, working diligently and deliberately, level by level, from Standard to Bronze and then to Silver accreditation, before taking a giant leap past Gold and directly to Platinum accreditation. The Four Seasons is the only IIP accredited hotel in Cyprus, and one of two only hotels on the entire planet to achieve Platinum accreditation – the second one being in London. 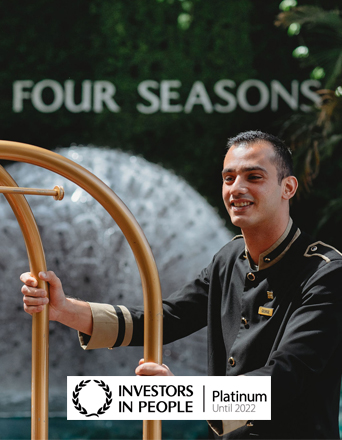